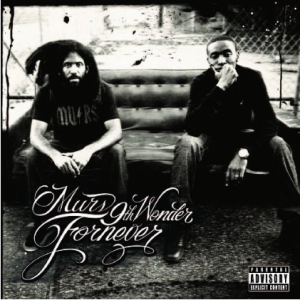 It seems like it’s been a while since I listened to a hip-hop record and really enjoyed it. Like start to finish head bobbing. A real good neck breaker. There have been beat tapes and albums from a few years back that I’m just getting around to hearing but nothing new. And while Fornever isn’t a perfect record by any means, it’s a good hip-hop record.

I’ve always been a fan of 9th Wonder as a producer and his beats are on point on Fornever… mostly. A handful of beats don’t hit my ears right… But that could be I’m heavily based in metal, punk, and rock music and my love for hip-hop doesn’t account for things that die hard hip-hop fans might enjoy or appreciate more then I do.

And there are only two tracks that hit me in a weird way. Asian Girls and Cigarettes and Liquor are the tracks that I just don’t find as enjoyable. The beats don’t do it for me. And if the beat is failing me, the mc isn’t going to save it.

Other then that I’m loving Fornever. A lot of nice grooves on this album. 9th Wonder’s production is nice. The album isn’t front loaded with the best beats and best tracks, which is welcome. From start to finish Fornever is an enjoyable record. I don’t know what else the hip-hop scene has to offer in 2010 but Murs and 9th Wonder have given us a good record.