Ark Of The Covenant – Self Harvest 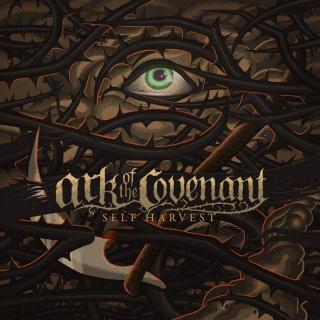 To say I wasn’t a fan of Ark of the Covenant’s debut ep, Separation, is being nice. The Potential was there but nothing about the ep was making me a fan or had me looking forward to more music from the band.

The potential that was barely peaking on Separation really shows itself on Self Harvest. It’s like I’m listening to a different band. For those worried about that statement, don’t be. Ark of the Covenant is still a heavy band playing a deathcoore dominated style of music. But there’s an integration of new elements and a maturity of playing together that takes Ark of the Covenant from generic scene band, to something special.

The death metal influence of Self Harvest is almost subtle but clearly there, sprinkled in the various tracks, adding flavor to the album.

Abandoned is pretty straight forward deathcore to kick off Self Harvest. Choppy guitar riffs that give the impression you’re listening to a metal version of Korn. But there’s an ambience running throughout the song that gives it an eerie dimension that is compelling to me for some reason. Even if the track didn’t have that ambient layer, the song is a million times better than anything Ark of the Covenant released on Separation.

There’s more gated guitars on the short instrumental, Fire, and I’m starting to wonder if Ark of the Covenant has anything else to show me. But Parasite comes trudging in with a solid (medium speed) blast beat. Transgressors has a killer melodic guitar line kicking the song off. Sentient’s opening riff is pretty chill, in the way you’d say the Deftones are chill. The dynamics give the song this beautiful layer of sound.

Ark of the Covenant’s growth as a band is evident and Self Harvest is a huge leap from where the band was on Separation. A solid record top to bottom.

Tagged as Ark Of The Covenant, Music Reviews