With Increase – Death Is Inevitable 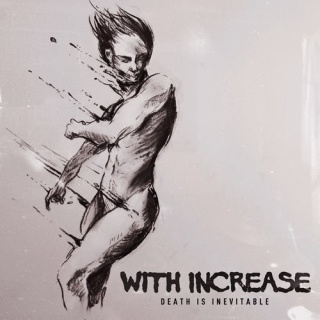 I’m an old school hardcore guy. No offense to the new guys, who are great,  they just can’t compare with bands like Strongarm, Zao, Focused, N.I.V, etc…

For people like me,there’s Blood and Ink Records. There albums are raw and harken back to a time when hardcore was simpler and the scene was less divided. If you played/listened to heavy music of any kind, you belonged. P.O.D. Living Sacrifice, Blindside, and Zao could all play the same bill and all belong together.

With Increase’s debut ep, Signs Of The Time, was a gem. Raw and passionate. Death Is Inevitable picks up right where Signs left off.

Death Is Inevitable seems a little more connected and thought out. The songs work in conjunction with each other. It’s a dark record, for sure. The lyrics tell a story of the need for God in this dark world and not being able to always stay on the straight and narrow.

The intro is a declaration of new life, but it’s quickly choked out as Bones talks about the evilness in the world and the lack of strength to overcome it. The lead guitar riff that slams underneath Bones is ridiculous. Comatose falls right in the middle of the album It’s a “ballad” and it’s what looks like the turning point in the story. Comatose is a declarative need for God if we’re going to be able to overcome the evil and temptations of the world. But Anathema’s first line is “back into these ways I said so long ago that I would rise up against.” It’s the struggle of wanting to do good, but not doing good. It’s a great picture of every man’s struggle. Hell For Myself ends the record. It’s the repentance. It ends with “Just give me another chance, I swear I’ll make it right.”

Besides being a great concept and strong lyrically, Death Is Inevitable is a brutally heavy hardcore record.

Blood and Ink continue to release great records, and Death Is Inevitable is the latest.