Between the Buried and Me – Coma Ecliptic 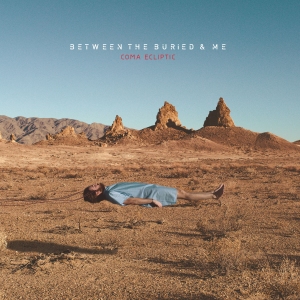 Watching bands grow and progress and change can be fun. Some bands grow into a more matured better version of themselves. Some bands completely abandon their original sound altogether. Sometimes the best way to enjoy change is to be a casual fan. This is my relationship with Between the Buried and Me. I’ve always enjoyed and liked their music, but never as obsessive or as fervent as with other bands.

BTBAM has been heading into more prog-metal territory for years, but there’s something strikingly different about Coma Ecliptic. The beginning of Coma Ecliptic feels like what Queen would sound like if they were a part of the current metalcore scene. And it’s really interesting. It’s what captured my attention and drew me into the record. Node opens the record on a wonderfully epic and climatic note. It is songwriting brilliance! The Coma Machine picks up right where Node left off. When the song breaks and goes full on BTBAM metal, it’s wonderfully epic and plays nicely with the whole Queen vibe happening early in the track.

But then the band progresses in a more natural way. Famine Wolf sounds more like BTBAM takes on Faith No More. Which is still interesting, but slightly less compelling. King Redeem – Queen Serene feels almost like something I’d expect to hear from Between the Buried and Me. Which could mean anything as the band is constantly evolving but it feels most like “their” sound. The piano and vocals that drive the intro on The Ectopic Stroll bring back that Faith No More vibe.

The Coma Ecliptic is interesting because Between the Buried and Me has always been an extremely talented band that keeps their sound and music interesting. From guitar riffs and solos to interchanging vocal melodies and styles, there’s a lot to digest on this record. But there was a moment early on when I felt that this record could be something so special and unique that I kept listening. And while I enjoy the record, what was happening on the first two tracks doesn’t translate throughout the whole record and I’m left feeling slightly cheated. 3.5 out of 5 Stars.

Tagged as Betwen The Buried and Me, Music Reviews, New Music, The Coma Ecliptic