Father Figure – Air Me Out 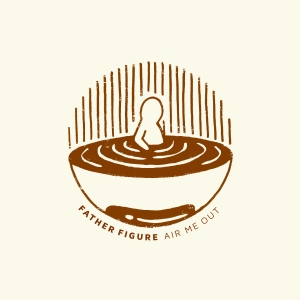 I was a big fan of Dim and People Leave, so I was super excited to see Father Figure drop their new ep on New Year’s Day. Air Me Out follows in a similar vein as the band’s previous releases, but it feels more subdued.It’s a subtle shift. Like going from grunge to The Smashing Pumpkins. And honestly, that feeling could just be because there’s only 4 tracks on the ep.

In My Head has a classic emo vibe that I love. There’s also something shoegazey about the guitars. The fuzz sounds fantastic. That’s probably what is making me think of The Smashing Pumpkins. The vocal melodies remind me of The Juliana Theory’s debut. It’s a total win for me. Blue Thought feels more like “classic” Father Figure. It’s a darker track with a haunting hook. It’s fantastic! But it definitely feels heavier than the albums opener. Stale and Shy brings back that classic emo sound. The track has that classic build that explodes late in the track. Perfect. Knit is straight forward rock and roll.

Air Me Out is a fantastic ep and another great record in Father Figure’s discography. This is a band you guys should be listening to! 4 out 5 Stars.

Check out Air Me Out at https://fatherfiguremusic.bandcamp.com/album/air-me-out