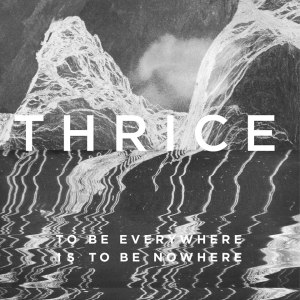 While the band has been using the hashtag TBEITBN‬ for a little while now, today they announced that their new record would be titled To Be Everywhere Is To Be Nowhere. Along with the title the band gave us the above image, which I assume will be the album’s artwork. No release other then “coming soon.”

Tagged as Music News, New Music, Thrice, To Be Everywhere Is To Be Nowhere