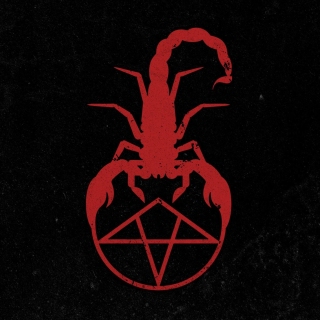 Oh Sleeper has always been in a class all their own. You’d be hard pressed to find a band that conceptualizes their albums more than Oh Sleeper. There’s always a theme that’s well thought out. Micah Kinard’s lyrics always seem to cause a stir and bring controversy to Oh Sleeper, but his words are always well thought out. From the death of God to the evils of the world and the need for God, Oh Sleeper always has something to say.

The band’s new ep, Titan, is about  a campaign (The Titan) that has taken over the world offering artificial upgrades to a persons body & mind for a service contract (time-debt). The debts accumulate and are passed to your family upon your death. Pretty crazy.

While that’s the concept, you might not get that concept from the lyrics. The concept seems like the storyline that sets up the ep. The ep seems to be about changing the course of this campaign and fighting against it.

Naofumi Mitsuhashi kicks off the ep. The song is calling out those who have bought into the lies they’ve been told. The call is to stop being artificial and to “wear your own name.” The cultural parallels are obvious but it’s part of what makes the record so compelling. The Pitch is just a nasty heavy song. Lyrically the song is a coming to awareness that the system isn’t right. Death From Above is an interesting song that I can see going two ways. It’s either the concept of the album in full blown ambition. It’s the offering of upgrades, to offering of making you better. On the flip side, it could be the growing of a resistance. The desire to change the world, no matter the cost.

Heavy Hands starts out sounding like all hope is lost. It’s the realization that what was promised is not al that it was made to be. The realization that “we” were made for something more than what we were offered. The Rise closes out the ep. It’s the call to arms. It’s the forming of the resistance to tear down the system.