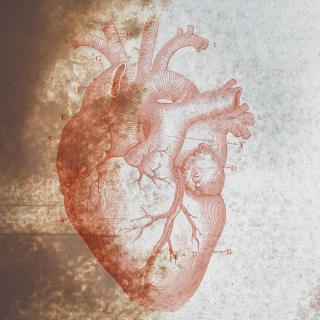 The Old-timers’ new ep, Be Reconciled, is fantastic! 6 songs (only 4 actual music tracks) of fast paced, hard hitting punk rock! The ambient instrumental/spoken word pieces drive home the heart behind Be Reconciled, and they’re produced in such a way that it doesn’t distract and take you out of the music. I wish Be Reconciled was a full-length, because I just want more music from The Old-timers! 4 out of 5 Stars.

On the opposite end of the punk spectrum we get Christ’s Sake’s sophomore record, We All Fall Down. Upbeat, rock and roll influenced pop punk.You can tell the band is from California based on their sound alone. It has that laid back California cool vibe. Where The Old-timer’s are hard hitting and fast paced, Christ’s Sake has created a soundtrack of enjoyable, sunny day, good times, pop music. Songs like So Sorry, Mr Heroin, Let’s Skate, and Praise the Lord give you a little more punk “attitude”, but mostly We All Fall Down is music that makes you feel good! Who doesn’t like that? 4 out of 5 Stars.

Start Again is the new acoustic solo ep from False Idle front-man, Sef Idle. From Unisef to False Idle, Sef’s always delivered hard hitting punk rock, so it’s nice to see him take a step back do something a little different. Start Again is simple and uncomplicated. It’s not a solo record trying to branch into a new direction and getting distracted. It’s Sef and an acoustic guitar. The further I got into the ep, the more I enjoyed the songs. And the ep’s closing track, Get Back Up, has that punk intensity we’ve come to expect from Sef, and I love the song! 4 out of 5 Stars.

Thumper Punk’s new release, Living Fire’s Dead to Sin, is what an album sounds like when all the stars align and things work together perfectly. The riff that opens Almighty Lord, and the album, will you chills. The bass riff into the fury that is These Words is what Blink 182 wishes they could’ve pulled off in their prime. The band’s cover of Officer Negative’s JCHC brilliant! The songs are fast and powerful, and well thought out. It’s a punk record through and through. It’s also one of the best produced records from the label! There is nothing to hate on Dead To Sin! If you’re a fan of punk rock and you don’t buy this record, you should be ashamed! 5 out of 5 Stars!

When it comes to punk rock, Sef Idle is quietly becoming a household name.  For almost 20 years his musical efforts have been honed and shaped with such bands as Two Spare Months, Strong Point, uniSEF, and finally the Boise-based False Idle.   But Sef’s first foray into a more traditional singer-songwriter role does not disappoint.  His first official release, Start Again, from Thumper Punk Records is proof that there’s more to his story than one might think.

After writing and recording a solo song entitled “Get Back Up” in 2008 under the name Just Plain Sef, the journey began.  Although that song was never released until 2012 when it was included with the uniSEF Discography, it was the start of something bigger.  Honest writing is key to Sef’s style.  Songs like “5 am” and “Back Then” show a continued depth of content while “In The Sand” is an old fashioned thank you to one Mrs. Idle.  With an overall message of new beginnings in spite of past mistakes, Sef Idle’s solo release is a reassuring call to all of us that personal failings are not the end, only opportunities to start again.  Well-crafted vocals and introspective lyrics make this latest release just another win in an already prolific musical career.
Released and distributed by Thumper Punk Records
www.thumperpunkrecords.com